Amblyopia is sometimes known as ‘lazy eye’ and to understand what is meant by this it is helpful to consider how a normal eye develops through infancy.

The eyesight in a new-born baby is quite poor. Think of this like a camera which has a poor quality film in it – no matter how well the camera is focused the picture quality will be poor. During the first year of life our eyesight improves, rather like a camera which now has a high quality film in it. The retina is the ‘film’ of the eye, so over the first twelve months of life the ‘quality’ of the retina gradually improves and the stimulus to this development is a well focused image.

In amblyopia, something occurs which prevents a well focused image reaching the retina and the eye never learns to see clearly – the retina remains like a poor quality film.

Other causes of amblyopia are quite rare but include congenital cataract and malnutrition.

This must be attempted in young eyes that are still in the developmental period which usually expires at about seven years of age; typically children in the 3-5 year groups are most responsive to treatment.

Treatment is centred on providing a well focussed image in the amblyopic eye and encouraging the child to use this eye. Typically spectacles are used, although sometimes contact lenses are appropriate and may be accompanied by patching or occluding the better eye to force the use of the amblyopic eye. Obviously it is important to ensure the accuracy of children’s spectacles and the examining optometrist will often use eyedrops to prevent a childs eye adjusting focus during the sight test, which improves the accuracy of the test. These drops are known as cycloplegics and cause blurring of vision for about 6-8 hours and dilated pupils for up to 24 hours, but do not have any longer term effects.

Where spectacles are prescribed the optometrist will indicate when they should be worn, although in most cases they will be for constant wear to stimulate the amblyopic eye as much as possible.

In the case of a squint, spectacles are often required too as it is common to find refractive errors in one or both eyes as well, but children with squints are usually referred to an eye specialist (ophthalmologist) for assessment. Some squints may require surgery to re-align the eyes.

Treatment does not always work. Compliance can be a problem with some children (and some parents too!) but sometimes, despite everyone’s best efforts some cases do not respond. In cases which are responsive and where there is good compliance, measurable improvements in vision can occur within three months, although treatment is usually continued until no further improvements are seen.

Amblyopia isn’t necessarily a problem for people and many adults have an amblyopic eye which causes them no difficulties at all.

However, in children it is always worth the effort to try and treat amblyopia so that the patient is offered the opportunity of having normal eyesight in both eyes. Furthermore, minimum visual standards are being increasingly required for entry into certain jobs and professions, and improving a child’s eyesight can potentially widen the scope of opportunity for employment in the future. Also sadly, some of us go on to lose the sight of an eye through disease or injury, and it is important to ensure the remaining eye has the best possible standard of vision in it.

Amblyopia often runs in families, so it is important where this is known, to have any children attend an optometrist at an early age; currently this is recommended at about three and a half years.

If your child is found to be amblyopic then it would be wise to have any brothers or sisters eyes examined. 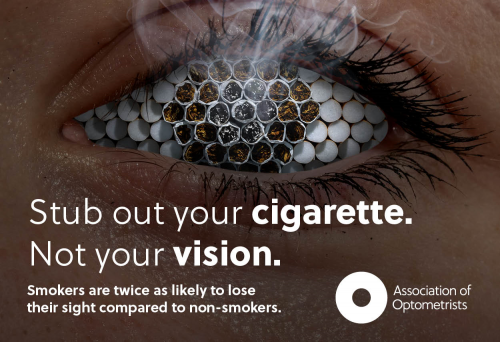 Focused on the future of eyecare